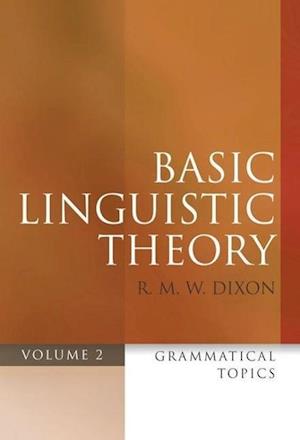 Seamus Heaney, the great Irish poet, made a significant contribution to classical reception in modern poetry; though occasional essays have appeared in the past, this volume is the first to be wholly dedicated to this perspective on his work. Comprising literary criticism by scholars of both classical reception and contemporary literature in English, it includes contributions from critics who are also poets, as well as from theatre practitioners on theirinterpretations and productions of Heaney's versions of Greek drama; well-known names are joined by early-career contributors, and friends and collaborators of Heaney sit alongside those who admired him from afar.The papers focus on two main areas: Heaney's fascination with Greek drama and myth - shown primarily in his two Sophoclean versions, but also in his engagement in other poems with Hesiod, with Aeschylus' Agamemnon, and with myths such as that of Antaeus - and his interest in Latin poetry, primarily that of Virgil but also that of Horace; a version of an Horatian ode was famously the vehicle for Heaney's comment on the events of 11 September 2001 in 'Anything Can Happen' (Districtand Circle, 2006). Although a number of the contributions cover similar material, they do so from distinctively different angles: for example, Heaney's interest in Virgil is linked with the traditions of Irish poetry, his capacity as a translator, and his annotations in his own text of a standard translation, aswell as being investigated in its long development over his poetic career, while his Greek dramas are considered as verbal poetry, as comments on Irish politics, and as stage-plays with concomitant issues of production and interpretation. Heaney's posthumous translation of Virgil's Aeneid VI (2016) comes in for considerable attention, and this will be the first volume to study this major work from several angles.In Basic Linguistic Theory R. M. W. Dixon provides a new and fundamental characterization of the nature of human languages and a comprehensive guide to their description and analysis. In three clearly written and accessible volumes, he describes how best to go about doing linguistics, the most satisfactory and profitable ways to work, and the pitfalls to avoid. In the first volume he addresses the methodology for recording, analysing, and comparinglanguages. He argues that grammatical structures and rules should be worked out inductively on the basis of evidence, explaining in detail the steps by which an attested grammar and lexicon can built up from observed utterances. He shows how the grammars and words of one language may be compared to others of the sameor different families, explains the methods involved in cross-linguistic parametric analyses, and describes how to interpret the results. Volume 2 and volume 3 (to be published in 2011) offer in-depth tours of underlying principles of grammatical organization, as well as many of the facts of grammatical variation. 'The task of the linguist,' Professor Dixon writes, 'is to explain the nature of human languages - each viewed as an integrated system - together with an explanation of why eachlanguage is the way it is, allied to the further scientific pursuits of prediction and evaluation.' Basic Linguistic Theory is the triumphant outcome of a lifetime's thinking about every aspect and manifestation of language and immersion in linguistic fieldwork. It is a one-stop text for undergraduate and graduate students of linguistics, as well as for those in neighbouring disciplines, such as psychology and anthropology.

Forfattere
Bibliotekernes beskrivelse The death in 2013 of Seamus Heaney is an appropriate point to honour the great Irish poet's major contribution to classical reception in modern poetry. This is the first volume to be wholly dedicated to this perspective on Heaney's work, focusing primarily on his fascination with Greek drama and myth and his interest in Latin poetry.In Basic Linguistic Theory R. M. W. Dixon provides a comprehensive guide to the nature of human languages and their description and analysis. The books are a one-sto Tables, Figures