Based on a Lie 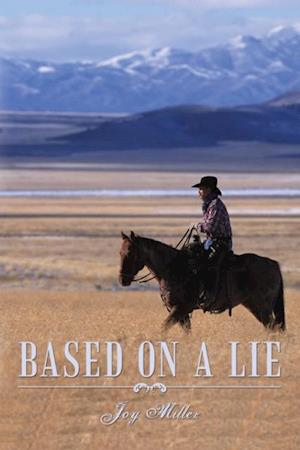 Divorced and down on her luck, Lindsey Sherwood works in a nowhere job, in a nowhere place with nowhere else to go. Her loving heart prevails when she happens upon an injured cowboy while filling her 95 Impala car with gas at the station near her home in Dayton, Indiana. The cowboy, Brent Garrison, is bleeding badly, and he refuses to be taken to a hospital. Lindsey nurses the mysterious Colorado man until hes well enough to travel, and, in a state of impulsiveness, Lindsey accompanies him to Denver.Their relationship moves forward despite hinging on a tangled web of stories. During their travels, Lindsey discovers that her son, kidnapped by her ex-husband three years ago, has been accidentally shot and killed by his father. Brent seeks the return of an important family heirloom and will stop at nothing, even murder, to get it back. And both Lindsey and Brent have skeletons in their family closet.Everyone has a thread in the mysterious tapestryand its all based on a lie.