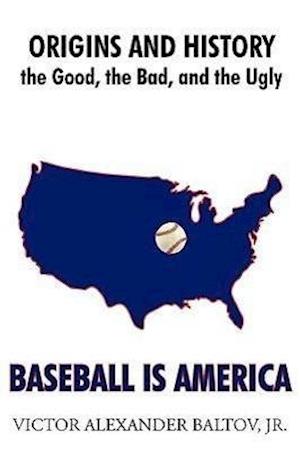 America's Pastime with its foreign taproot origination evolved into the game as we know it. Baseball is traced from its European roots plus much deeper sources including Adam and Eve (ballplayers) and the Olympic Games (competitive sport). Baseball beats to the rhythm of the American culture, sometimes as its direction and other times, its reflection. The goodness of the game is reflected in both the players serving as role models for America's youth, with the Yankee Clipper leading the charge, plus inducing positive progressive change, including breaking the color barrier in 1947 with Jackie as a Brooklyn Dodger. The shear ugliness of the game bore its soul to the American public during the Synthetic Era as characterized by serpentine type Congressional hearings involving performance-enhancing-drug use. Cultural issues featuring an intellectual history of PEDs, their effects on performance, leakage into the tributaries and evolution of the Promethean Project are well documented.