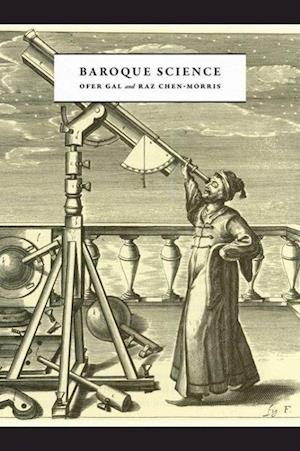 In "Baroque Science", Ofer Gal and Raz D. Chen-Morris present a radically new perspective on the study of early modern science. Instead of the triumph of reason and rationality and the celebration of the discoveries and breakthroughs of the period, they examine science in the context of the baroque, analyzing the tensions, paradoxes, and compromises that shaped the New Science of the seventeenth century and enabled its spectacular success. Gal and Chen-Morris show how scientists during the seventeenth century turned away from the trust in the acquisition of knowledge through the senses toward a growing reliance on the mediation of artificial instruments, such as lenses and mirrors for observation and mechanical and pneumatic devices for experimentation. Likewise, the mathematical techniques and procedures that allowed the success of mathematical natural philosophy turned increasingly obscure and artificial, and in place of divine harmonies they revealed an assemblage of isolated, contingent laws and constants.In its attempts to enforce order in the face of threatening chaos, blur the boundaries of the natural and the artificial, and mobilize passions in the service of objective knowledge, Gal and Chen-Morris reveal, the New Science is a baroque phenomenon.

Forfattere
Bibliotekernes beskrivelse Presents a perspective on the study of early modern science. This title examines science in the context of the baroque, analyzes the tensions, paradoxes, and compromises that shaped the New Science of the seventeenth century and enabled its spectacular success. 51 halftones