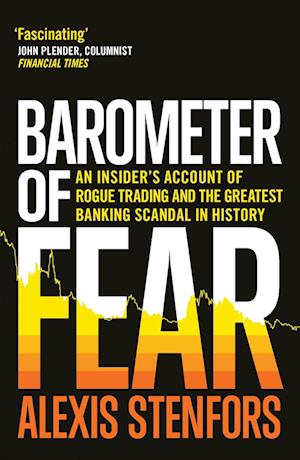 The LIBOR affair has been described as the 'biggestbanking scandal in history', a deception affecting not only banks but alsocorporations, pension funds and ordinary people.But was this just the tip of the iceberg?Was the scandal the work of a few 'bad apples' or an inevitable result of afinancial system rotten to its core? Labelled 'one of the world's most infamousrogue traders' in the wake of a mis-marking scandal, Alexis Stenfors went on torebuild his life and now guides us through the shadowy world of modern banking,providing an insider's account of the secret practices - including the manipulationof foreign exchange rates - which have allowed banks to profit from systematicdeception. Containing remarkable and often shocking insights derived from hisown experiences in the dealing room, as well as his spectacular fall from graceat Merrill Lynch, Barometer of Fear draws back the curtain toa realm that for too long has remained hidden from public view.

Forfattere
Bibliotekernes beskrivelse Labelled a 'rogue trader' after a mismarking scandal, Alexis Stenfors reveals the murky truth about banks and how the rigging of LIBOR - described as 'the biggest banking scandal in history' - and the more recent foreign exchange (FX) scandals are just the tip of the iceberg.