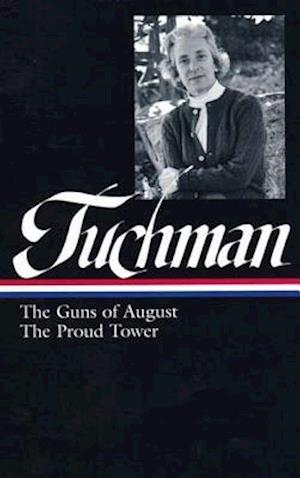 Writing with a clarity, grace, and novelistic sweep rare among historians, Barbara W. Tuchman (1912-1989) distilled the complex interplay of personalities and events into gripping narratives that fuse rigorous scholarship with elegant literary art. An astute portraitist, she brilliantly laid bare the all-too-human failures of leaders subject to the pull of historical currents and prone, often tragically, to the ingrained biases of culture and temperament. Her Pulitzer Prize-winning best seller The Guns of August (1962) offers a majestic orchestration of the diplomatic and military history of the crucial first weeks of World War I. Tuchman's observations about the irrational escalation of conflict made a deep impression on President John F. Kennedy and influenced his actions during the Cuban Missile Crisis; fifty years later, The Guns of August remains an exemplary study of events propelled headlong by their own internal logic and momentum. Some of Tuchman's finest writing is contained in her following book, The Proud Tower: A Portrait of the World before the War, 1890-1914 (1966), a fascinating kaleidoscope of eight precisely drawn essays on subjects ranging from international socialism and anarchism to the Dreyfus Affair in France and the birth of American imperialism that collectively set the stage for the cataclysm of 1914. Presented in one volume for the first time and released to mark Tuchman's centennial year and the fiftieth anniversary of the publication of The Guns of August, here is a vivid, indelible panorama of an epoch in transition. LIBRARY OF AMERICA is an independent nonprofit cultural organization founded in 1979 to preserve our nation's literary heritage by publishing, and keeping permanently in print, America's best and most significant writing. The Library of America series includes more than 300 volumes to date, authoritative editions that average 1,000 pages in length, feature cloth covers, sewn bindings, and ribbon markers, and are printed on premium acid-free paper that will last for centuries.

Forfattere
Bibliotekernes beskrivelse Two of Tuchman's classic military observations--"The Guns of August" and "The Proud Tower"--are presented for the first time in one volume to mark Tuchman's centennial year and the 50th anniversary of the publication of "The Guns of August."