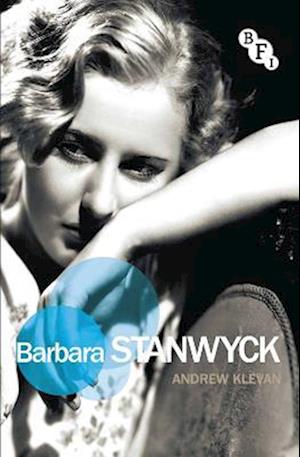 Barbara Stanwyck's illustrious career began in the 1920s and spanned sixty years. During that period she starred in major films of many genres and worked with some of the most distinguished Hollywood directors. Devoting each chapter to a significant quality of Stanwyck's performances, Andrew Klevan foregrounds crucial scenes from her exemplary films, including Stella Dallas (1937), The Lady Eve (1941), and Double Indemnity (1944). Through the lens of her achievement, Klevan examines the wider concerns of these films while revisiting classic topics from Film Studies psychoanalysis, medium reflexivity, and the representation of female roles such as the 'sacrificial mother' and the 'femme fatale'. In paying close attention to the various aspects of Barbara Stanwyck's skilfully executed performances, this book enhances familiar understandings and provides fresh illumination.