- Estonia, Latvia and Lithuania Since 1945 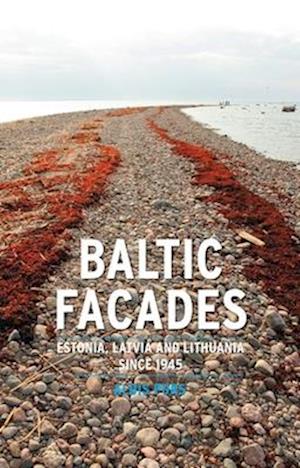 Estonia, Latvia and Lithuania - most accounts of modern European history group these nations together under the umbrella term 'Baltic states'. In reality, these three separate, quite different countries are each continually struggling to find their own place within Europe whilst preserving their local identity. The idea of 'the Baltic' is a facade and yet the countries are tied together in many ways historically. Baltic Facades presents a radical new reading of the region, one that dispels the myth of a single, coherent Baltic identity. Instead Aldis Purs takes account of the uniqueness of each of the so-called Baltic states, whilst also examining the shared anxiety that the people of Estonia, Latvia and Lithuania feel about their own identities and how others see them. Purs locates the three countries within the larger context of European history, stressing their similarities with the rest of the continent rather than their differences. Giving equal weight to developments in politics, economics, and social and cultural trends, Purs develops a thematic framework that places contemporary events in a longer perspective than traditional Cold War inspired views of the region.This title will appeal to the intellectually curious reader, one who seeks an account of the Baltic nations that provides a strong sense of place and goes beyond the confines of traditional political history.

Forfattere
Bibliotekernes beskrivelse Baltic Facades presents a new history of the Baltic area, one that dispels the myth of a single, coherent regional identity. Aldis Purs describes the unique character of Estonia, Latvia and Lithuania, whilst also examining the anxiety that these peoples feel about how others perceive them.