Bacon: The History of the Reign of King Henry VII and Selected Works 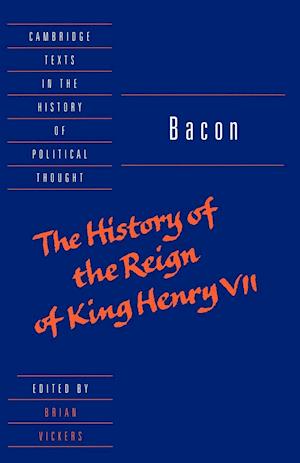 This is a major student edition of the text described as 'the first modern classic of English history'. Bacon's penetration into human motives, his life-long experience of politics and government, and his remarkable literary skills, render this History of the Reign of King Henry VII a major work of English literature and an important document in the history of political thought. The introduction places Bacon's History in the context of Renaissance historiography, revealing its debt to Tacitus, and shows Bacon's originality in re-ordering traditional material to make a coherent psychological analysis of the King's actions. In addition to the usual series features and supporting contextual material (including relevant Essays by Bacon), generous editorial footnotes explain the historical and political issues of the reign of Henry VII, and a substantial glossary clarifies Bacon's rich but sometimes unfamiliar vocabulary.