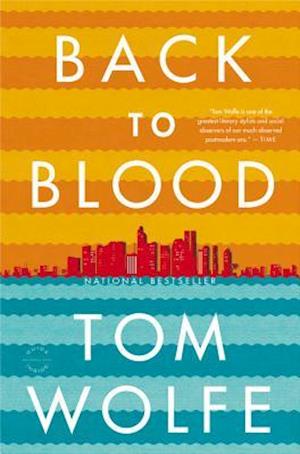 A big, panoramic story of the new America, as told by our master chronicler of the way we live now.

As a police launch speeds across Miami's Biscayne Bay-with our hero, officer Nestor Camacho, on board-Tom Wolfe is off and running headlong into the only city in the world where people from a different country with a different language and a different culture have taken over at the ballot box. This melting pot is full of hard cases who just won't melt, damn it: a Cuban mayor; a black police chief; a hot young reporter and a timid editor of the Miami Herald, both WASPs who went to Yale; an Anglo sex-addiction psychiatrist who keeps his lovely Latina nurse, Magdalena, in his bed and his star patient, a porn-addicted billionaire, on a string; a status-addled Haitian professor who thinks he's really French and wants his pale-skinned daughter to "pass" and his Creole-spouting son to be quiet. Then there are the clueless collectors who "See it Like it Buy it ," spending tens of millions per minute on de-skilled art at Miami Art Basel; black drug dealers colliding with the Cuban cops; Columbus Day Regatta "spectators" who only have eyes for the annual apr s-race orgy; and "Active Adult" condos full of yenta-heavy ex-New Yorkers, not to mention a nest of shady Russians. Based on the same sort of detailed, on-scene, high-energy reporting that powered Tom Wolfe's previous bestselling novels, BACK TO BLOOD is another brilliant, spot-on, scrupulous, and often hilarious reckoning with our times.