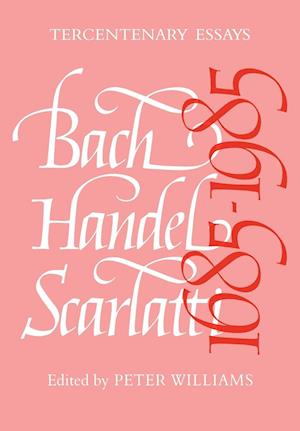 1985 celebrated the 300th anniversary of the births of Bach, Handel and Scarlatti. This volume covers all three composers and contains essays from an international team of scholars. Some essays make a contribution towards a better understanding of one or other composer, but at least half of them are concerned with ideas connecting two or even all three of them. The essays are concerned with many aspects of the music - technical, chronological, critical, speculative, theoretical and (importantly) practical - and the distinguished contributors have often endeavoured to ask questions rather than jump to conclusions. Every essay makes fresh points and can open up new avenues for players and (in the broadest sense) students, especially in the present climate of wishing to return to 'authentic conditions of performance'.