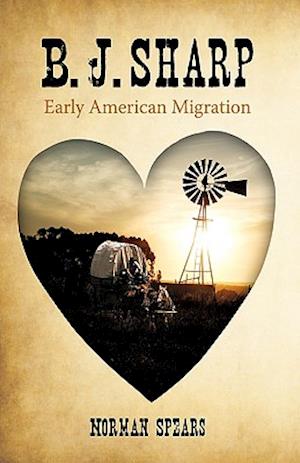 B.J. Sharp: Early American Migration takes place in September 1802 as Benjamin Joseph Sharp's wife of twelve years is about to give birth to their third child. Mary Elisabeth had a difficult delivery with their last child, Benjamin Joseph Jr. and he wanted to get Doc Henson at the first sign that the baby was coming. Mary Sue Sharp arrived that evening, kicking and screaming, ready to discover her new world. Ben was a gunsmith and had always dreamed of building a new kind of gun, but, his brothers had fought the idea. So, he worked with his friend, Nate, to fulfill his dream; they made six of the special guns, which he took with him on his trip out west. He loved to tell stories of the west to his wife and children, they were so interested in his stories of the life that they could have if they ventured to the other side of the Missouri River! Ben was a farmer at heart and longed to have his own place, so, he packed his family up and moved them out west to find a better life for them.