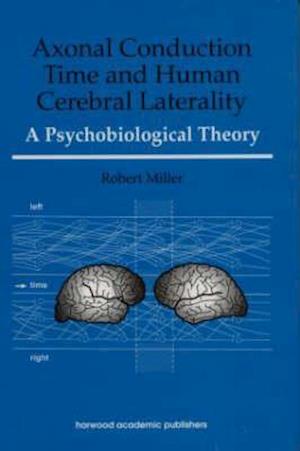 Axonal Conduction Time and Human Cerebral Laterality-A Psychobiological Theory; takes a detailed look at the hypothesis that the psychological difference between the left and right hemispheres of the brain has a definite neurological basis. There is a multitude of literature concerning the difference between the two hemispheres of the brain but none which suggest a biological explanation. This book plugs that gap by making a connection between the psychological and the biological. Robert Miller has surveyed a wealth of material in researching his hypothesis, making it an essential review of the literature in this area which will be indispensable to workers in the fields of neuroscience, psychology, neurolinguistics, neuroanatomy, and neurocytology. This book takes a new and up-to-date look at the prominent theory that the left hemisphere is specialised for representing patterns extended in time whereas the right hemisphere represents simultaneous or 'spatial' patterns. What makes it unique in the field is that it looks at this theory from a neurobiological basis. It suggests that the difference resides in the range of conduction times in the axons connecting different regions of the cortex in each hemisphere. This hypothesis is discussed with respect to theoretical models of brain dynamics, and both gross and microscopic structure of the hemispheres. It deals with the psychological implications of the hypothesis for higher functions of the human cerebrum and outlines testable implications wherever Possible.

Forfattere
Bibliotekernes beskrivelse This volume conducts a detailed study of the hypotheses that the psychological difference between the left and right hemispheres of the brain has a definite neurological basis. It also discusses the representation of temporal structure in the dynamics of neural networks.