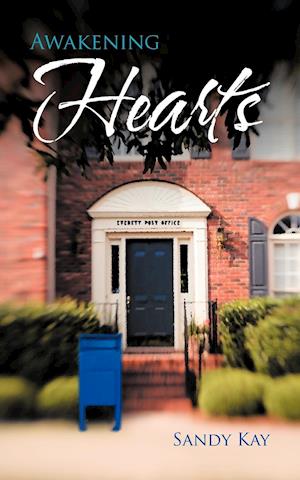 Where had the time gone? For the past 25 years, Sarah Adam had divided her time between working long hours at the Everett Post Office in a rural area of Pennsylvania and raising her daughter alone. With her impending retirement and her daughter grown and heading out on her own, Sarah begins to wonder about what her own future may hold in store and whether or not she would be spending it alone. On one hand, Jack Bryant's life had been filled with heartache and turmoil. On the other hand, he had worked his way up the ladder in his Postal career in Vermont and was now offered a one-year term as the new Post Office Operations Manager in Pennsylvania. He was personally responsible for overseeing the day-to-day operations of every office in the county - a position that lands him in constant conflict with the tyrant of a Postmaster from the Everett office. Jack and Sarah meet at a local hardware store and begin a relationship that neither wants to admit makes them anything more than friends. When Jack finds out that not only do they both work for the Postal Service, but that he is actually in Sarah's chain of command, he begins a web of deceit that threatens their budding relationship. With all the problems at the Everett Post Office, how long will Jack be able to hide his true identity, and what will happen when Sarah finds out who he really is?