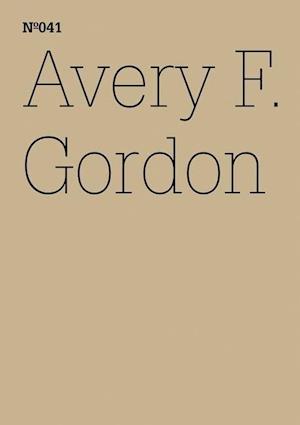 In this notebook, Gordon is engaged in a portrait of Breitenau, the twelfth-century Benedictine monastery, located twenty kilometers south of Kassel, that has been used throughout its history for various purposes, and since the nineteenth century has been a site of confinement and "correction." Turned into a workhouse in 1874, it subsequently became a concentration camp in Nazi years, then a girls' reformatory until the 1970s, and is now an open psychiatric residential treatment facility and a rehabilitation center, as well as a Gedenkstatte memorial and research center. During a site visit with Schaber, Gordon, with the help of the memorial's cofounder and director Gunnar Richter, immerses herself in Breitenau's history and recalls its function as a place for the enclosure of "disobedient social subjects" and their ideas, developing "a kind of encyclopedia of the prisoner." Avery F. Gordon is Professor of Sociology at the University of California, Santa Barbara, and Visiting Faculty at the Center for Research Architecture, Goldsmiths College, University of London.