Authorship as Promotional Discourse in the Screen Industries

indgår i serie Routledge Studies in Media and Cultural Industries 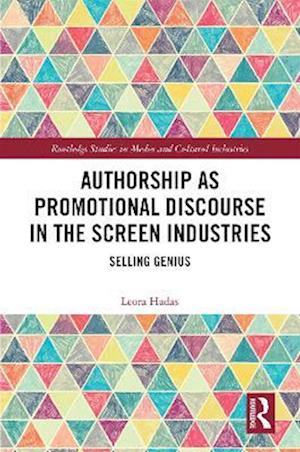 This book discusses the use of authorship discourses and author figures in the promotion and marketing of media content, dealing with the U.S. mainstream media, including franchise film, network television, and triple-A video games. The research takes a unique approach studying ideas of authorship in promotion, diverging from extant approaches looking at the text, production, or reception. Conceptualizing authorship within the logic of media branding, the book studies the construction of ideas around creativity and the creative person in marketing and publicity content where media industries communicate with audiences. A cross-media approach allows the book to take a broad look and make comparisons across the increasingly integrated media industries. The book will be of great relevance to academics in the fields of film, television, and media studies, including postgraduate students, conducting teaching and research around authorship, media industries, and media promotion.