- Elections, Resistance and the Akp 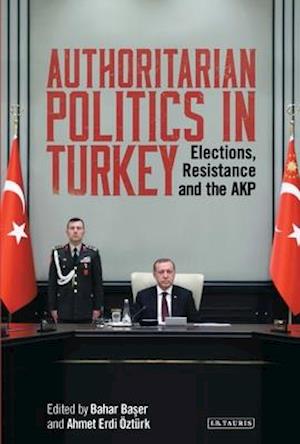 President Erdogan's victory in the April 2017 referendum granted him sweeping new powers across Turkey. The constitutional reforms transform the country from a parliamentary democracy into a "Turkish style" presidential republic. Despite being democratically elected, Turkey's ruling AKP party has moved towards increasingly authoritarian measures. During the coup attempt in July 2016, the AKP government declared a state of emergency which Erdogan saw as an opportunity to purge the public sector of pro-Gulenist individuals and criminalise opposition groups including Kurds, Alevites, leftists and liberals. The country experienced political turmoil and rapid transformation as a result. This book identifies the process of democratic reversal in Turkey. In particular, contributors explore the various ways that a democratically elected political party has used elections to implement authoritarian measures. They scrutinise the very concepts of democracy, elections and autocracy to expose their flaws which can be manipulated to advantage.The book includes chapters discussing the roots of authoritarianism in Turkey; the political economy of elections; the relationship between the political Islamic groups and the government; Turkish foreign policy; non-Muslim communities' attitudes towards the AKP; and Kurdish citizens' voting patterns. As well as following Turkey's political trajectory, this book contextualises Turkey in the wider literature on electoral and competitive authoritarianisms and explores the country's future options.