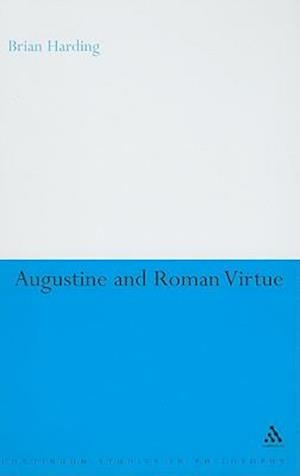 This work offers a radical new interpretation of Augustine and of a central aspect of medieval thought as a whole.Augustine and Roman Virtue seeks to correct what the author sees as a fundamental misapprehension in medieval thought, a misapprehension that fuels further problems and misunderstandings in the historiography of philosophy. This misapprehension is the assumption that the development of certain themes associated with medieval philosophy is due, primarily if not exclusively, to extra-philosophical religious commitments rather than philosophical argumentation, referred to here as the 'sacralization thesis'.Brian Harding explores this problem through a detailed reading of Augustine's "City of God" as understood in a Latin context, that is, in dialogue with Latin writers, such as Cicero, Livy, Sallust and Seneca. The book seeks to revise a common reading of Augustine's critique of ancient virtue by focusing on that dialogue, while showing that his attitude towards those authors is more sympathetic, and more critical, than one might expect.Harding argues that the criticisms rest on sympathy and that Augustine's critique of ancient virtue thinks through and develops certain trends noticeable in the major figures of Latin philosophy.