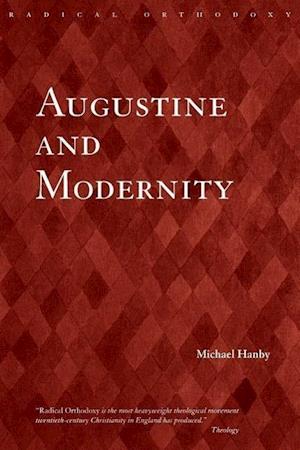 Augustine and Modernity is a fresh and challenging addition to current debates about the Augustinian origins of modern subjectivity and the Christian genesis of Western nihilism. It firmly rejects the dominant modern view that the modern Cartesian subject, as an archetype of Western nihilism, originates in Augustine's thought. Arguing that most contemporary interpretations misrepresent the complex philosophical relationship between Augustine and modern philosophy, particularly with regard to the work of Descartes, the book examines the much overlooked contribution of Stoicism to the genealogy of modernity, producing a scathing riposte to commonly-held versions of the 'continuity thesis'. Michael Hanby identifies the modern concept of will that emerges in Descartes' work as the product of a notion of self more proper to Stoic theories of immanence than to Augustine's own rigorous understandings of the Trinity, creation, self and will. Though Augustine's encounter with Stoicism ultimately resulted in much of his teaching being transferred to Descartes and other modern thinkers in an adulterated form, Hanby draws critical attention to Augustine's own disillusionment with Stoicism and his interrogation of Stoic philosophy in the name of Christ and the Trinity. Representing a new school of theology willing to engage critically with other disciplines and to challenge their authority, Augustine and Modernity offers a comprehensive new interpretation of De Trinitate and of Augustinian concepts of will and soul. Revealing how much of what is now thought of as 'Augustinian' in fact has its genealogy in Stoic asceticism, it interprets the modern nihilistic Cartesian subject not as a logical consequence of a true Christian Trinitarian theology, but rather of its perversion and abandonment.