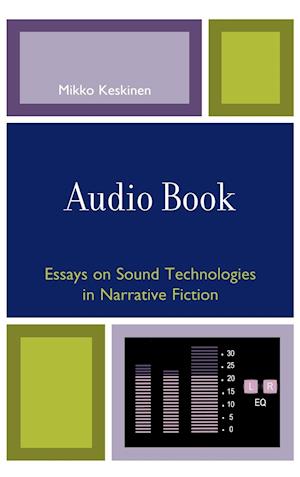 Audio Book deals with the ways in which the auditory-voices, sounds, noises-is represented in postphonograph narrative fiction. More specifically, it examines how the various technologies enabling the transmission or storing of sound and voice are figured in selected prose works. Drawing from contemporary American, British, French, and German literature, the author discusses these use of these technologies in Nicholson Baker's Vox, Michel Tournier's Tristan Vox, Heinrich Boell's Murke's Collected Silences, Don DeLillo's The Body Artist, Nick Hornby's High Fidelity, and Sylvia Brownrigg's The Metaphysical Touch. The texts foreground sound technologies (the telephone, radio, tape recorder, answering machine, record player, or, counterintuitively, e-mail) in their narration and manifest important aspects of audio in literature. In prior criticism, these texts have not been systematically read from media-technological perspectives. The sound technologies represented in the texts problematize the clear distinction between speech and writing, or between "natural" articulation and its technological reproduction. Audio Book suggests that literary writing is metaphorically conceivable as a transmitting and storing technology, as an audiobook of sorts, capable of recording (upon writing) and reproducing (upon reading) auditory information. The sound technologies proper have also bearing on the narrative structure, metaphorics, and style of each fictional work studied in Audio Book. In addition, themes such as identity, genre, the nature of literary representation, and the absence/presence problem are brought to the fore on account of the technologies depicted.