Attack on the Scheldt 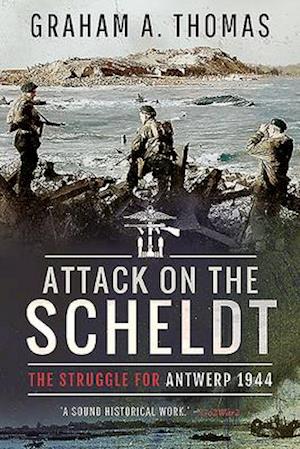 During the Allied advance across northwest Europe in 1944, the opening up of the key port of Antwerp was a pivotal event, yet it has been neglected in histories of the conflict. The battles in Normandy and on the German frontier have been studied often and in detail, while the fight for the Scheldt estuary, Walcheren and Antwerp itself has been treated as a sideshow.

Graham Thomas's timely and graphic account underlines the importance of this aspect of the Allied campaign and offers a fascinating insight into a complex combined-arms operation late in the Second World War. Using operational reports and vivid firsthand eyewitness testimony, he takes the reader alongside 21 Army Group as it cleared the Channel ports of Calais, Boulogne and Dunkirk, then moved on to attack the Scheldt and the island stronghold of Walcheren. Overcoming entrenched German resistance there was essential to the whole operation, and it is the climax of his absorbing narrative.