Attack of the Fluffy Bunnies 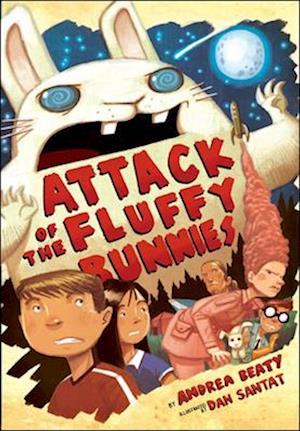 When Joules and Kevin Rockmans parents drop them off at Camp Whatsitooya on their way to an International Spamathon, the twins expect a summer of marshmallows, campfires, and canoe trips. What they do not expect is to defend the earth from an invasion of sugar-addicted, murderous, seven-foot-tall rabbits from another galaxy. Happily, the Rockman twins, veteran watchers of the Late, Late, Late Creepy Show for Insomniacs, are unusually well-prepared for dealing with monstrous beings from outer space. If only their fellow campers were so lucky.Andrea Beaty, author of several very funny picture books and a mysterious novel, here reaches new heights of hilarity and verbal dexterity in a novel sure to become a campba-dum-dumclassic.