Atlas of Morphology and Functional Anatomy of the Brain 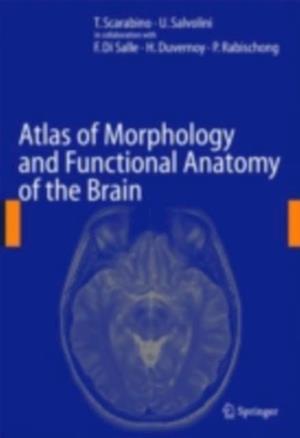 The recent advances in neuroimaging techniques, particularly magnetic re- nance (MR), have greatly improved our knowledge of brain anatomy and related brain function. Morphological and functional investigations of the brain using high-definition MR have made detailed study of the brain possible and provided new data on anatomo-functional correlations. These studies have fuelled the interest in central nervous system imaging by clinicians (n- roradiologists, neurosurgeons, neurologists, neurophysiologists, and psych- trists) as well as biophysicists and bioengineers, who are at work on new and ever more sophisticated acquisition and processing techniques to continue to improve the potential of brain imaging methods. The possibility of obtaining high-definition MR images using a 3.0-T m- net prompted us, despite the broad existing literature, to conceive an atlas illustrating in a simple and effective way the anatomy of the brain and correl- ed functions. Following an introductory chapter by Prof. Pierre Rabischong, the atlas is divided into a morphological and a functional imaging section. The morphological atlas includes 3D surface images, axial, coronal, and sagittal scans acquired with high-definition T2 fast spin echo (FSE) sequences, and standard and inverted-contrast images. The MR scans are shown side by side with the corresponding anatomical brain sections, provided by Prof. Henri Duvernoy, for more effective comparison. The anatomical nomenclature adopted for both the MR and the anatomical images is listed in an jacket flap for easier consultation.