- A Vast Ocean of a Million Stories 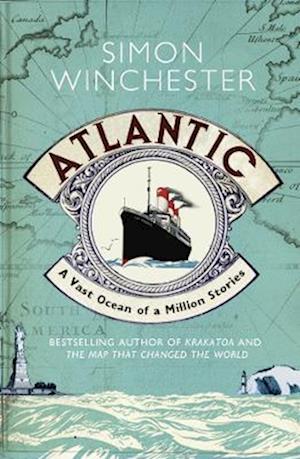 The definitive biography of the world's most important body of water - the Atlantic. One hundred and ninety million years ago, the shifting of two of the world's tectonic plates led to the creation of an immense chasm. This giant gash in the flanks of the planet slowly opened up and eventually evolved into the most important and most travelled ocean in our world. In this utterly original biography, Simon Winchester explores the life of the Atlantic; it's birth, its relationship with mankind, and what lies in store for it once man has left the stage. He charts the development of the first settlements by the Oceanside - the communities of Celts and Vikings and whose lives depended on the sea - and delves into the age of exploration, venturing to forgotten worlds. The building of some of the world's most beautiful port cities - London, Rio de Janeiro, New York, Casablanca - is also examined, along with the creation of settlements and colonies in and around the sea. Completely unique and highly readable, Atlantic takes its reader on a wonderful journey through time, along the waves of our planet's most significant ocean.

Forfattere
Bibliotekernes beskrivelse The definitive biography of the world's most important body of water - the Atlantic.