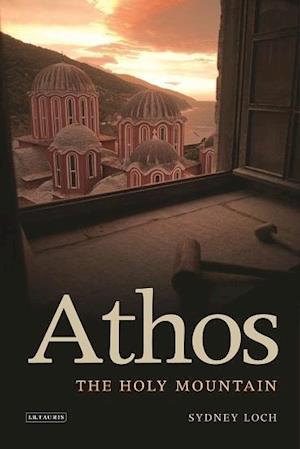 Athos, the Holy Mountain of Greece, is one of the most mysterious places in the world. A rugged pyramid that rises up from the Aegean Sea, this mountain is wreathed in myth, legend and ancient traditions that to this day remain largely hidden from view. The heart of Athos started to beat at the dawn of Christianity and its community lays claim to being the oldest democracy in the world. An entirely autonomous region of the Hellenic Republic, it is home to twenty Eastern Orthodox monasteries that cling to its rocky flanks. No women are allowed to set foot upon the peninsula and the monks who inhabit this isolated place still use the Julian calendar, living on 'Byzantine Time', where each day starts at sunset. While living in the mountain's shadow, in Ouranopolis, Sydney Loch spent many years exploring Athos, the result of which is an enthralling and vivid portrait of the Holy Mountain.

Forfattere
Bibliotekernes beskrivelse "It calls for a writer more able at words to picture the sheer beauty of the Mountain. To convey the altering feeling of morning, or high noon; of afternoon, and deep midnight; of the golden scores of stars puncturing the sky." 22 black and white integrated illustrations and 1 map