At the Edge of the Solar System 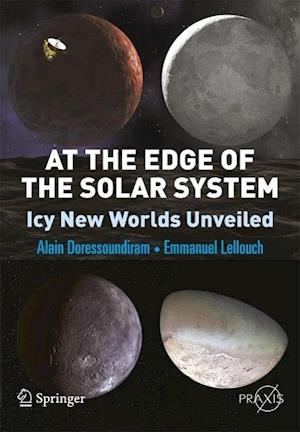 On August 24, 2006, the solar system lost its ninth planet! The astronomers' decision at the IAU General Assembly in Prague to demote Pluto had been precipitated by the discovery, beyond the orbit of Neptune, of a very rich population of Pluto-like objects. The study of the recently discovered remote celestial bodies grows ever more fascinating. Their great variety in color, shape, size, and orbit has astonished observers. What is more, studies of the composition of these new-found objects reveals that they among the most primitive objects in the solar system. In their simple and lively style, the authors of At the Edge of the Solar System alternate discussions on historical aspects and physical descriptions of the remote regions, as well as amazing findings from the cutting edge of research.Beginning with a description of the structure of the solar system, the authors look at the discoveries of Pluto and its moon Charon and show how our knowledge of this mysterious world grew over the last 80 years of its study. They then describe the origins of our solar system and look at the discoveries of the first unusual objects in the outer solar system - Chiron and the first Centaurs. They trace the discoveries of the first Kuiper Belt objects and introduce the wide range of bodies found in the outer solar system, including "Plutinos." Examining these objects in more detail, they then present the arguments concerning the status of Pluto and conclude with discussion of the essential characteristics of the Kuiper Belt and a look at how future observations may lead to yet more discoveries and a greater understanding of these bodies.