At the Bottom of Shakespeare's Ocean

- Mentz, S: At the Bottom of Shakespeare's Ocean 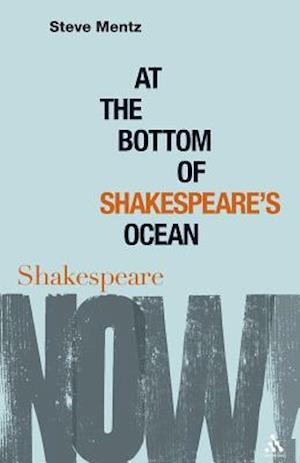 This is a fascinating study revealing Shakespeare's career-long engagement with the sea and his frequent use of maritime imagery. We need a poetic history of the ocean, and Shakespeare can help us find one. There's more real salt in the plays than we first expect. Shakespeare's dramatic ocean spans the God-sea of the ancient world and the immense blue vistas that early modern mariners navigated. Throughout his career, from the opening shipwrecks of "The Comedy of Errors" through "The Tempest", Shakespeare's plays figure the ocean as shocking physical reality and mind-twisting symbol of change and instability. To fathom Shakespeare's ocean - to go down to its bottom - this book's chapters focus on different things that humans do with and in and near the sea: fathoming, keeping watch, swimming, beachcombing, fishing, and drowning. Mentz also sets Shakespeare's sea-poetry against modern literary seascapes, including the vast Pacific of "Moby-Dick", the rocky coast of Charles Olson's "Maximus Poems", and the lyrical waters of the postcolonial "Caribbean". Uncovering the depths of Shakespeare's maritime world, this book draws out the centrality of the sea in our literary culture."Shakespeare Now!" is a series of short books that engage imaginatively and often provocatively with the possibilities of Shakespeare's plays. It goes back to the source - the most living language imaginable - and recaptures the excitement, audacity and surprise of Shakespeare. It will return you to the plays with opened eyes.