At Sea with God 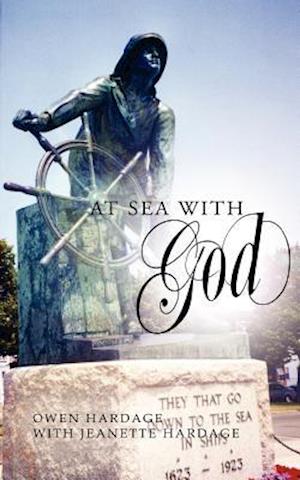 Why are we drawn to the sea, to lakes and rivers and streams? We listen to hypnotic surf sounds and rhythms. We observe tides and currents, eddies and surges. We watch the water change colors, we see both constancy and unpredictability. We want (and sometimes fear) the challenge and thrill of facing wind and waves. We fish shores and deeps. At Sea with God fills a niche for all-young and old-who have ever gone or would like to go to sea and for those who enjoy just watching from the shore. It also recognizes a need for greater understanding of our Creator and his Word. The Lord asked Job: "Have you walked on the floor of the ocean?" The Bible has much to say about the sea and the experiences of those who sailed it. Read about St. Brendon, seasickness, the binnacle list, the green flash, Paul's perilous voyage and more. __________________ Owen Hardage (1926-2010) was a retired U.S. Navy chaplain, who served God and country thirty years, through three wars. He had many memories connected with the sea-from his time as a sailor during World War II, his chaplaincy years, and traveling at sea as a child with his Navy father. Jeanette Hardage develops independent writing projects. Her work has appeared in Christianity Today, International Bulletin of Missionary Research, Journal of Medical Biography and other publications. She is author of Mary Slessor-Everybody's Mother and Faith and Other Matters.