- After-Images of the Holocaust in Contemporary Art and Architecture 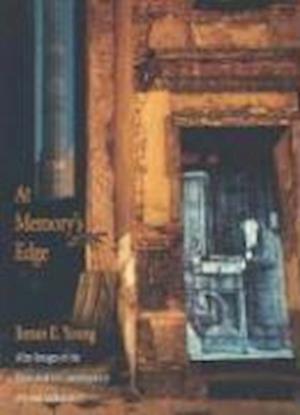 How should Germany commemorate the mass murder of Jews once committed in its name? In 1997, James E. Young was invited to join a German commission appointed to find an appropriate design for a national memorial in Berlin to the European Jews killed in World War II. As the only foreigner and only Jew on the panel, Young gained a unique perspective on Germany's fraught efforts to memorialize the Holocaust. In this book, he tells for the first time the inside story of Germany's national Holocaust memorial and his own role in it.In exploring Germany's memorial crisis, Young also asks the more general question of how a generation of contemporary artists can remember an event like the Holocaust, which it never knew directly. Young examines the works of a number of vanguard artists in America and Europe-including Art Spiegelman, Shimon Attie, David Levinthal, and Rachel Whiteread-all born after the Holocaust but indelibly shaped by its memory as passed down through memoirs, film, photographs, and museums. In the context of the moral and aesthetic questions raised by these avant-garde projects, Young offers fascinating insights into the controversy surrounding Berlin's newly opened Jewish museum, designed by Daniel Libeskind, as well as Germany's soon-to-be-built national Holocaust memorial, designed by Peter Eisenman.Illustrated with striking images in color and black-and-white, At Memory's Edge is the first book in any language to chronicle these projects and to show how we remember the Holocaust in the after-images of its history.

Forfattere
Bibliotekernes beskrivelse How should Germany commemorate the mass murder of Jews once committed in its name? James E. Young - the only foreigner and Jew to serve on the German commission to select a design for a national Holocaust memorial - tells the inside story of this controversial project. 56 b-w + 47 color illus.