At Break of Day 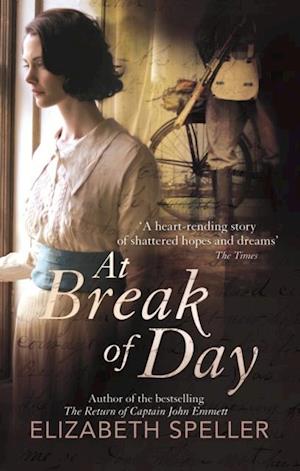 In the summer of 1913, the world seems full of possibility for four very different young men. Young Jean-Baptiste dreams of the day he'll leave his Picardy home and row down-river to the sea.Earnest and hard-working Frank has come to London to take up an apprenticeship in Regent Street. His ambitions are self-improvement, a wife and, above all, a bicycle.Organ scholar Benedict is anxious yet enthralled by the sensations of his synaesthesia. He is uncertain both about God and the nature of his friendship with the brilliant and mercurial Theo.Harry has turned his back on his wealthy English family, has a thriving business in New York and a beautiful American wife. But his nationality is still British. Three years later, on the first of July 1916, their lives have been taken in entirely unexpected directions. Now in uniform they are waiting for dawn on the battlefield of the Somme. The generals tell them that victory will soon be theirs but the men are accompanied by regrets, fears and secrets as they move towards the line.