Astrobiology and Cuatro Cienegas Basin as an Analog of Early Earth 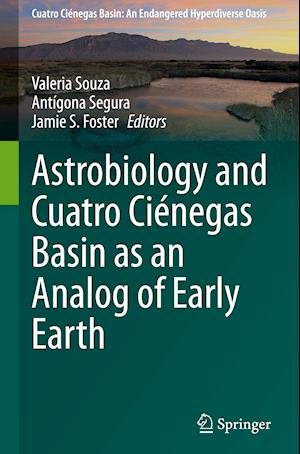 Astrobiology not only investigates how early life took hold of our planet but also life on other planets - both in our Solar System and beyond - and their potential for habitability. The book take readers from the scars on planetary surfaces made by space rocks to the history of the Solar System narrated by those space rocks as well as exoplanets in other planetary systems. But the true question is how life arose here or elsewhere. Modern comparative genomics has revealed that Darwin was correct; a set of highly conserved genes and cellular functions indicate that all life is related by common ancestry. The Last Universal Common Ancestor or LUCA sits at the base of the Tree of Life. However, once that life took hold, it started to diversify and form complex microbial communities that are known as microbial mats and stromatolites. Due to their long evolutionary history and abundance on modern Earth, research on the biological, chemical and geological processes of stromatolite formation has provided important insights into the field of astrobiology. Many of these microbialite-containing ecosystems have been used as models for astrobiology, and NASA mission analogs including Shark Bay, Pavilion and Kelly Lakes. Modern microbialites represent natural laboratories to study primordial ecosystems and provide proxies for how life could evolve on other planets. However, few viral metagenomic studies (i.e., viromes) have been conducted in microbialites, which are not only an important part of the community but also mirror its biodiversity.This book focuses on particularly interesting sites such as Andean lake microbialites, a proxy of early life since they are characterized by very high UV light, while Alchichica and Bacalar lakes are characterized by high-salt and oligotrophic waters that nurture stromatolites. However, it is only the oasis of Cuatro Cienegas Basin in Mexico that stored past life in its marine sediments of the Sierra de San Marcos. This particular Sierra has a magmatic pouch that moves the deep aquifer to the surface in a cycle of sun drenched life and back to the depths of the magmatic life in an ancient cycle that now is broken by the overexploitation of the surface water as well as the deep aquifer in order to irrigate alfalfa in the desert. The anthropocene, the era of human folly, is killing this unique time machine and with it the memory of the planet.