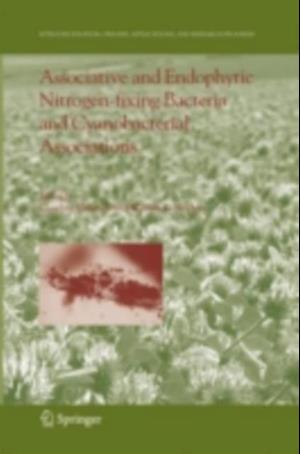 Associative and Endophytic Nitrogen-fixing Bacteria and Cyanobacterial Associations This book is part of the seven-volume series that was launched a few years ago with the ambitious objectives of reviewing the field of nitrogen fixation from its earliest beginnings through the millennium change and of consolidating the relevant information - from fundamental to agricultural and environmental aspects - all in one place. Volume 5 covers the biology of bacteria that associate with n- leguminous plants. The subject matter includes a wide range of associations; it covers the bacterial species that associate either with the surface or within the tissues of grasses (often referred as plant growth-promoting rhizobacteria) and also the symbiotic associations that cyanobacteria form with fungi, algae, and both lower and higher plants. This volume does not deal with the Frankia-actinorhizal plant associations, which is the topic of Volume 6. The book is divided in 13 chapters, each of which is the work of well-known scientists in the field. Just like in the other volumes of this series, the first chapter is th an historical perspective. It describes how, as early as the end of the 19 century, it was shown that plant exudation favoured the proliferation of soil bacteria in the rhizosphere, and how the first nitrogen-fixing bacteria, including cyanobacteria were isolated. The chapter covers the landmarks and scientific concepts that arose from more than one century of research in this area.