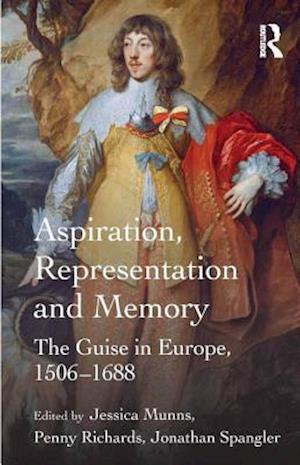 Exploiting the turbulence and strife of sixteenth-century France, the House of Guise arose from a provincial power base to establish themselves as dominant political players in France and indeed Europe, marrying within royal and princely circles and occupying the most important ecclesiastical and military positions. Propelled by ambitions derived from their position as cadets of a minor sovereign house, they represent a cadre of early modern elites who are difficult to categorise neatly: neither fully sovereign princes nor fully subject nobility. They might have spent most of their time in one state, France, but their interests were always 'trans-national'; contested spaces far from the major centres of monarchical power - from the Ardennes to the Italian peninsula - were frequent theatres of activity for semi-sovereign border families such as the Lorraine-Guise. This nexus of activity, and the interplay between princely status and representation, is the subject of this book. The essays in this collection approach Guise aims, ambitions and self-fashioning using this 'trans-national' dimension as context: their desire for increased royal (rather than merely princely) power and prestige, and the use of representation (visual and literary) in order to achieve it. Guise claims to thrones and territories from Jerusalem to Naples are explored, alongside the Guise 'dream of Italy', with in-depth studies of Henry of Lorraine, fifth Duke of Guise, and his attempts in the mid-seventeenth century to gain a throne in Naples. The combination of the violence and drama of their lives at the centres of European power and their adroit use of publicity ensured that versions of their strongly delineated images were appropriated by chroniclers, playwrights and artists, in which they sometimes featured as they would have wished, as heroes and heroines, frequently as villains, and ultimately as characters in the narratives of national heritage.