Aspects of Violence in Renaissance Europe 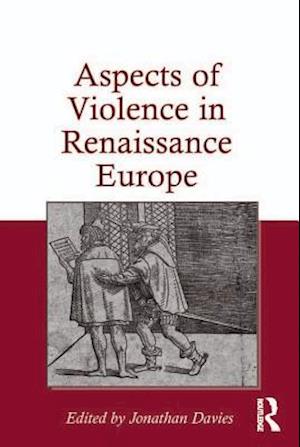 Interest in the history of violence has increased dramatically over the last ten years and recent studies have demonstrated the productive potential for further inquiry in this field. The early modern period is particularly ripe for further investigation because of the pervasiveness of violence. Certain countries may have witnessed a drop in the number of recorded homicides during this period, yet homicide is not the only marker of a violent society. This volume presents a range of contributions that look at various aspects of violence from the fourteenth to the seventeenth centuries, from student violence and misbehaviour in fifteenth-century Oxford and Paris to the depiction of war wounds in the English civil wars. The book is divided into three sections, each clustering chapters around the topics of interpersonal and ritual violence, war, and justice and the law. Informed by the disciplines of anthropology, criminology, the history of art, literary studies, and sociology, as well as history, the contributors examine all forms of violence including manslaughter, assault, rape, riots, war and justice. Previous studies have tended to emphasise long-term trends in violent behaviour but one must always be attentive to the specificity of violence and these essays reveal what it meant in particular places and at particular times.