Aspects of the Belfast Agreement 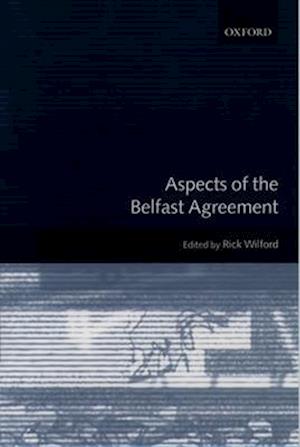 This collection assembles leading experts on the politics and constitution of Northern Ireland to explore and analyse aspects of the 1998 Belfast Agreement. For most, the Agreement represented an inclusive political bargain, while others perceived it as an act of betrayal - whether of the Union or, conversely, of republicanism. These rival interpretations are discussed by a number of the contributors, alongside assessments of the roles performed by key actors bothwithin and outside Northern Ireland in forging the Agreement. The more immediate provenance of the Agreement is complemented by a comparison with its often cited predecessor, the 1973 Sunningdale Agreement, and the former's 'consociational plus' design is explained, while its legislative implementationis set within the context of cross-cutting constitutionalism ushered in by the UK's wider devolution process. The collection also includes a discussion of the British-Irish Council, and the early operation of both the Executive Committee and the Assembly elected in 1998. The elections themselves suggested the emergence of an embryonic and fragile pro and anti-Agreement cleavage that transcended the orthodox ethno-nationlist division in Northern Ireland, and thos proposition is subjected toanalysis in the collection. Public and elite attitudes towards the Agreement in the Republic of Ireland are also discussed, as is the controversial report of the Patten Commission on the reform of the RUC. The acceptance of the consent principle by the Agreement's signatories and the open-endedconstitutional future it bequeathes to Northern Ireland have created a form of devolution that is delicately poised. The delayed and faltering implementation of the 1998 Agreement suggests that its promise is yet to be fully realized. This collection, in focusing upon key aspects of the Agreement, seeks to explain both its complexity and some of the difficulties thus far encountered in putting it into effect.

Forfattere
Bibliotekernes beskrivelse This collection brings together leading experts on the politics and constitution of Northern Ireland to explore and analyze aspects of the 1998 Belfast Agreement, and to contrast rival interpretations of agreement.