- A lively and gripping crime novel 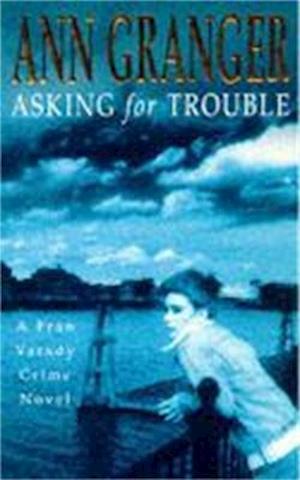 The death of a squatter is not all it seems...Ann Granger introduces the unemployed and soon-to-be-homeless amateur sleuth Fran Varady in the first of this riveting crime series. The perfect read for fans of Edward Marston and LJ Ross. 'It looks as if Ann Granger is on to another winner' - Birmingham Post Fran Varady is insolvent, unemployed and, though for the moment she's got the leaky roof of the squat she shares in Jubilee Street over her head, she'll very soon be homeless thanks to the council eviction department. Her dreams of becoming an actress, nurtured when her father and grandmother were still alive, seem a long way off. But Fran is a survivor ... which her former housemate, Terry, found hanging from the ceiling of her room, clearly is not.Terry, secretive and selfish, was far from popular with the rest of the household, but her death shakes the Jubilee Street Creative Artists' Commune, as the squat residents half-jokingly call themselves. And, the more Fran discovers about the death of the young woman whose life briefly intersected with her own, the more she begins to see it was not all it first seemed.What readers are saying about Asking for Trouble:'Fran is too good to confine to one book. What good news to learn that there is a series!''An intriguing storyline, described with humour and affection''Fran is a delightful character and one well worth following through the other parts of this series'