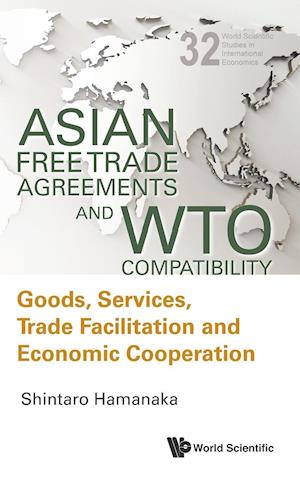 It is an appropriate time to rethink the relationship between trade regionalism and multilateralism in the Asian context as we witness the proliferation of free trade agreements (FTAs) in Asia. In the 1980s and 1990s, many scholars and policymakers believed that Asian integration was market-based, rather than legal-based, and that Asian integration would never be codified through agreements. Yet today, there are a large number of FTAs signed and under negotiation in Asia.This book investigates the appropriate relationship between regionalism and multilateralism, with a special reference to recent FTAs in Asia. It is undeniable that past trade multilateralism-regionalism debates centered on the trade-in-goods aspect. However, the majority of recent FTAs in Asia cover issues beyond trade-in-goods and tariff liberalization, such as trade facilitation, services, and economic cooperation. While the General Agreement on Tariffs and Trade (GATT) Article XXIV governs regional integration initiatives in trade in goods, there is no (or at most a thin) World Trade Organization (WTO) Agreement that stipulates the relationship between regionalism and multilateralism in issue areas other than goods.Thus, this study carefully considers the meaning of "WTO-compatible FTAs" by distinguishing "WTO consistency" and "WTO friendliness", going beyond GATT Article XXIV debates and proposes a general framework for examining the openness of regionalism in various issue areas by identifying tree-type questions to distinguish several types of exclusiveness. It then specifically asks the following questions: Can Asian FTAs that cover several issues be considered multilateralism friendly? How does the relationship between regionalism and multilateralism differ between trade-in-goods and non-goods issue areas? What are policies that might reduce the exclusiveness of regional initiatives? The study concludes by listing counterintuitive policy suggestions to make FTAs truly WTO compatible. The book also includes a comprehensive list of FTAs in Asia and several WTO Agreements relating to trade regionalism.

Forfattere
Bibliotekernes beskrivelse It is timely to rethink of the relationship between regionalism and multilateralism in the Asian context, given that we are witnessing the proliferation of Free Trade Agreements (FTAs) in Asia. In the 1980s and 1990s, many scholars and policymakers considered that Asian integration was market-based, rather than legal-based and Asian integration would not be legalized. Currently there are many bilateral and plurilateral FTAs in Asia.