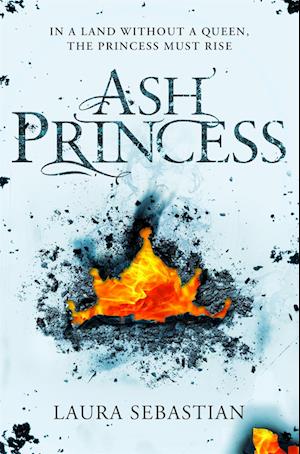 From author Laura Sebastian comes Ash Princess, a nail-biting YA fantasy debut full of daring and vengeance.Theodosia was six when her country was invaded and her mother, the Queen of Flame and Fury, was murdered before her eyes. Ten years later, Theo has learned to survive under the relentless abuse of the Kaiser and his court as the ridiculed Ash Princess. When the Kaiser forces her to execute her last hope of rescue, Theo can't ignore her feelings and memories any longer. She vows revenge, throwing herself into a plot to seduce and murder the Kaiser's warrior son with the help of a group of magically gifted and volatile rebels. But Theo doesn't expect to develop feelings for the Prinz. Forced to make impossible choices and unable to trust even those who are on her side, Theo will have to decide how far she's willing to go to save her people and how much of herself she's willing to sacrifice to become Queen.

Forfattere
Bibliotekernes beskrivelse In a land without a queen, the princess must rise. Ash Princess is a New York Times bestselling edge-of-your-seat debut YA fantasy from Laura Sebastian, full of intrigue, tested loyalties, daring and revenge.