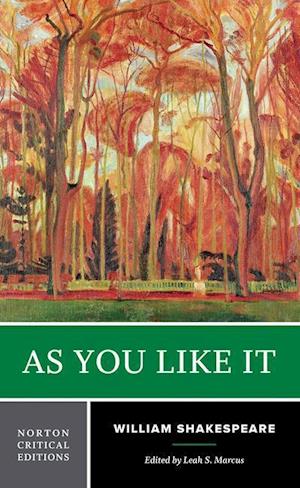 Since its return to the London stage in 1740, As You Like It has delighted theatergoers, readers, and critics. Its heroine, Rosalind, is one of Shakespeare's greatest characters. The play's Forest of Arden setting and its focus on the relationship between natural occurrences and things created by humans (Shakespeare collectively termed these "art") provide us with access to debates in Renaissance England that relate to the ecological issues of our own time. This Norton Critical Edition is based on the 1623 First Folio text. It is accompanied by a note on the text, eight illustrations, six photographs, and explanatory annotations. "Sources and Contexts" includes, in its entirety, Shakespeare's primary source for the play-Thomas Lodge's popular prose romance Rosalynde (1590). Reading Shakespeare's play with (and against) Lodge's romance reveals striking similarities and fascinating differences, both large and small. An array of other readings focuses on the central areas of gender and ecology and includes works by Michel de Montaigne, Sir Thomas More, Thomas Bastard, George Gascoygne, and William Prynne. A rich "Criticism" section includes twenty-one commentaries on As You Like It spanning four centuries. Contributors include, among others, Mrs. Anna Jameson, Clara Claiborne Park, Jean E. Howard, Marjorie Garber, James Shapiro, Valerie Traub, Jeffrey Masten, and Robert Smallwood. A Selected Bibliography is also included.