Artists of the Possible 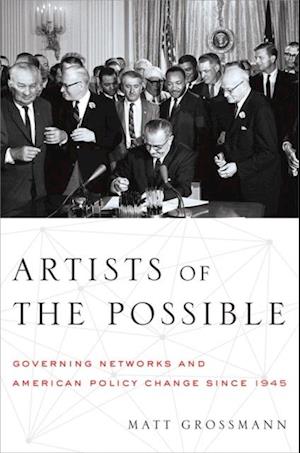 Do policymakers heed the voices of the American public or only the lobbyists in Washington? Why do they take action on health reform, but not gun control? Why does policymaking usually move slowly, and sometimes not at all? Artists of the Possible takes on these questions, analyzing sixty years of domestic policy history to provide a new understanding of what drives policymaking in all three branches of government. The results are surprising: public policy does not address the public's largest concerns. The amount of policy-and its liberal or conservative direction-emerges instead from coalition building and compromises among political elites. Elections, public opinion, and media coverage have little impact, no matter the issue area. Even changes in Washington's partisan balance and ideological divides fail to reliably produce shifts in policy direction. This data-rich, exhaustively researched work overturns our most basic assumptions about how policy is made, challenging the notion that our government is of, by, and for the people.