Art of Complicity in Martial and Statius 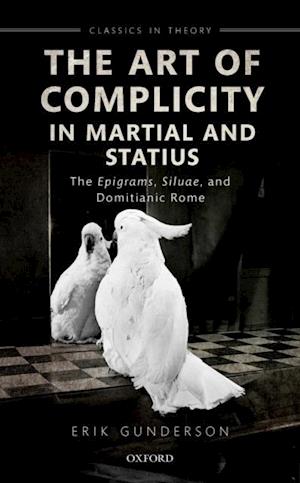 The Art of Complicity in Martial and Statius examines the relationship between politics and aesthetics in two poets from the reign of Domitian. Gunderson offers a comprehensive overview of the Epigrams of Martial and the Siluae of Statius. The praise of power found in these texts is not something forced upon these poems, nor is it a mere appendage to these works. Instead, power and poetry as a pair are a fundamental dyad that can and shouldbe traced throughout the two collections. It is present even when the emperor himself is not the topic of discussion. In Martial the portrait of power is constantly shifting. Poetic play takes up the topic of political power and 'plays around with it'. The initial relatively sportive attitude darkens over time. Late in the game we have ecstasies of humiliation. After Domitian dies the project tries to get back to the old games, but it cannot. Statius' Siluae merge the lies one tells to power with the lies of poetry more generally. Poetic mastery and political mastery cannot be dissociated. The glib,glitzy poetry of contemporary life articulates a radical modernism that is self-authorizing, and so complicit with a power whose structure it mirrors. What does it mean to praise praise poetry? To celebrate celebrations? Gunderson's discussion opens and closes with a meditation upon the dangers of complicit criticism and the seductions of a discourse of pure art in a world where the art is anything but pure.