Art at the Table 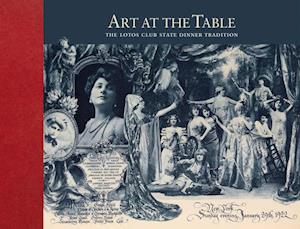 Founded in New York City in 1870, The Lotos Club is one of the oldest literary and arts clubs in the United States. Lotos became known for its tradition of honouring outstanding men and women from all walks of life with testimonial 'State Dinners', especially after it began to commemorate these occasions with unique souvenir menus designed by artists and illustrators of the day. Art at the Table is a lavishly illustrated retrospective of the Club's 150-year-old-tradition, featuring the art of the menus and the stories behind them. American culture and history are chronicled in these fetes, from Gilbert and Sullivan and Mark Twain to aviator Amelia Earhart and author Tom Wolfe.

Forfattere
Bibliotekernes beskrivelse Celebrates 150 years of the artistic menu designs for the State Dinners at the Lotos Club, one of the oldest private clubs in the United States.