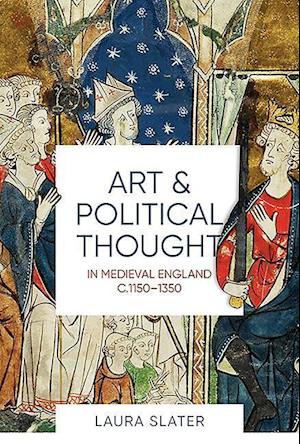 Images and imagery played a major role in medieval political thought and culture, but their influence has rarely been explored. This book provides a full assessment of the subject. Starting with an examination of the writings of late twelfth-century courtier-clerics, and their new vision of English political life as a heightened religious drama, it argues that visual images were key to the development and expression of medieval English political ideas and arguments. It discusses the vivid pictorial metaphors used in contemporary political treatises, and highlights their interaction with public decorative schemas in English great churches, private devotional imagery, seal iconography, illustrations of English history and a range of other visual sources. Meanwhile, through an exploration of events such as the Thomas Becket conflict, the making of Magna Carta, the Barons' War and the deposition of Edward II, it provides new perspectives on the political role of art, especially in reshaping basic assumptions and expectations about government and political society in medieval England. Laura Slater is a Fulford Junior Research Fellow at Somerville College, University of Oxford.

Forfattere
Bibliotekernes beskrivelse An exploration of how power and political society were imagined, represented and reflected on in medieval English art