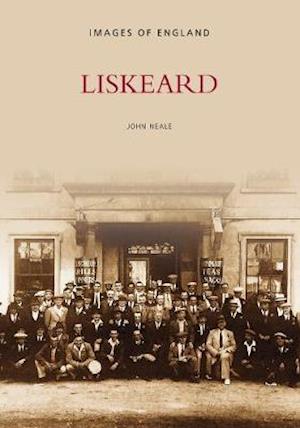 This fascinating book of over 200 old photographs depicts the scenes, people and events of everyday life in and around Liskeard, from a period of more than one hundred years. Many of the photographs, most of which come from the author's and other private collections, have not been published before. In this book we see some of the town's well known features, such as The Parade and Webbs Hotel, through a period of change. We also see images of the numerous shops that were once in business in Liskeard including Chudleigh's butchers shop, Magg's drapers and outfitters in Fore Street, Rayner's Cafe and the Star Supply Stores. The people feature just as prominently as the townscape and we see a community enjoying many social events such as drama productions, street parties, carnivals and choral events. We also see some of Liskeard's well known individuals including Arthur Roseveare, the groundsman at Lux Park Cricket Ground and Miss Martha Rapson pictured at Highwood House, her private school. The surrounding villages in the district are also represented in this book, including Duloe, St Keyne, Moorswater, Dobwalls, St Neot, Warleggan, Pensilva and St Cleer. These communities are captured at work, at school and at play. This fascinating and timely book will appeal to all who know and love this Cornish town and would enjoy a trip into it's recent past, an age now vanished for ever.