Armies of the Crimean War

indgår i serie Armies Across History 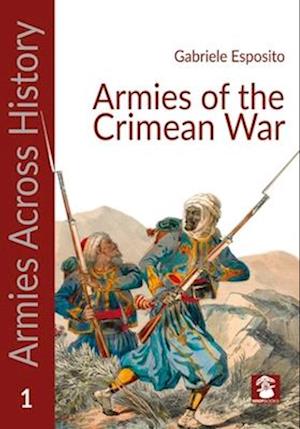 The Crimean War of 1854-1856 was one of the largest military conflicts of the 19th century and saw Russia fighting against an international coalition that comprised Great Britain and France in addition to the Ottoman Empire. Under many points of view it was the first "modern" war of Europe, since it saw the introduction of many military innovations that changed warfare forever. In this book, all the military contingents taking part to the conflict will be taken into consideration: the Russian Army, British Army, French Army, and Ottoman Army. Also the Piedmontese Army that joined the allies later in the war will be analyzed. All kinds of troop types will be covered, including the following: Russian Cossack and irregulars, British foreign legions, French Imperial Guard and colonial troops, Polish cavalry in Ottoman service, and Greek volunteers supporting Russia. The whole book will be illustrated with a large number of color plates, reproducing all the uniforms worn by these contingents.