Armed Force in the Teispid-Achaemenid Empire 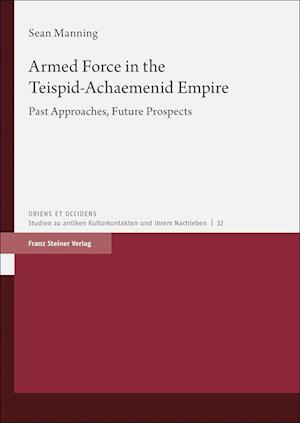 The armies of Cyrus, Xerxes and Darius III are usually understood through the lens of classical literature and stereotypes about the orient. Sean Manning proposes a new understanding based on all kinds of evidence and the study of the ancient Near East. He examines the last century and a half of research in its historical and ideological context. Three core chapters treat Akkadian tablets, Aramaic documents, royal inscriptions, and artifacts as sources in their own right, not compliments to Herodotus. The different perspectives of Iranian philologists, Mesopotamian archaeologists and historians of ancient Greece are considered and addressed. A series of case studies show that the Greek and Latin texts can be read in unfamiliar ways which can survive stronger criticism than traditional interpretations. The king's troops were not literary foils to show the virtues of Greek hoplites or Scythian horsemen, they were agents of an early world empire which drew on long traditions and the latest innovations to gather money, soldiers, and workers and deploy them at the will of the king.