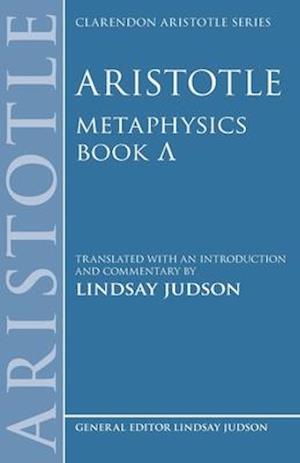 The senses, or sensory modalities, constitute the different ways we have of perceiving the world, such as seeing, hearing, touching, tasting and smelling. But how many senses are there? How many could there be? What makes the senses different? What interaction takes place between the senses? This book is a guide to thinking about these questions. Together with an extensive introduction to the topic, the book contains the key classic papers on this subject togetherwith nine newly commissioned essays.One reason that these questions are important is that we are receiving a huge influx of new information from the sciences that challenges some traditional philosophical views about the senses. This information needs to be incorporated into our view of the senses and perception. Can we do this whilst retaining our pre-existing concepts of the senses and of perception or do we need to revise our concepts? If they need to be revised, then in what way should that be done? Research in diverse areas,such as the nature of human perception, varieties of non-human animal perception, the interaction between different sensory modalities, perceptual disorders, and possible treatments for them, calls into question the platitude that there are five senses, as well as the pre-supposition that we knowwhat we are counting when we count them as five (or more).This book will serve as an inspiring introduction to the topic and as a basis from which further new research will grow.The Clarendon Aristotle Series is designed for both students and professionals. It provides accurate translations of selected Aristotelian texts, accompanied by incisive commentaries that focus on philosophical problems and issues. The volumes in the series have been widely welcomed and favourably reviewed. Important new titles are being added to the series, and a number of well-established volumes are being reissued with revisions and/or supplementarymaterial.Lindsay Judson provides a rigorous translation of the twelfth book (Lambda) of Aristotle's Metaphysics and a detailed philosophical commentary. Lambda is an outline for a much more extended work in metaphysics - or more accurately, since Aristotle does not use the term 'metaphysics', in what he calls 'first philosophy', the inquiry into 'the principles and causes of all things'. Aristotle discusses the principles of natural and changeable substances, which includeform, matter, privation and efficient cause; he argues that principles of this sort are, at least by analogy, the principles of non-substantial items as well. In the second half of the book he turns to unchanging, immaterial substances, first arguing that there must be at least one such substance, which he calls 'God', to act asthe 'prime unmoved mover', the source of all change in the natural world. He then explores the nature of God and its activity of thinking (it is the fullest exposition there is of Aristotle's extraordinary and very difficult conception of his supreme god, its goodness, and its activity), and in the course of arguing for a plurality of immaterial unmoved movers he provides important evidence for the leading astronomical theory of his day (by Eudoxus) and for his own highly impressivecosmology. The commentary on each chapter or pair of chapters is preceded by a Prologue, which sets the scene for Aristotle's often very compressed discussion, and explores the general issues raised by that discussion. The Introduction discusses the place of Lambda in the Metaphysics, and offers a solution tothe problem of the unity of Aristotle's project in the book.

Forfattere
Bibliotekernes beskrivelse Lambda, the twelfth book of Aristotle's Metaphysics, is an outline for a much more extended work in metaphysics or, more accurately, in what Aristotle calls 'first philosophy', the inquiry into 'the principles and causes of all things'. Lindsay Judson provides a rigorous translation of this important book and a detailed philosophical commentary.