Aristotle and His Philosophy 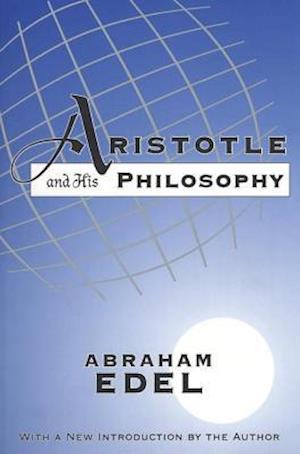 In this stunning act of synthesis, Abraham Edel captures the entire range of Aristotle's thought in a manner that will prove attractive and convincing to a contemporary audience. Many philosophers approach Aristotle with their own, rather than his, questions. Some cast him as a partisan of a contemporary school. Even the neutral approach of classical scholarship often takes for granted questions that reflect our modern ways of dissecting the world.

Aristotle and His Philosophy shows him at work in asking and answering questions. Abraham Edel fashions a sound comparative way of using current analysis to deepen our understanding of Aristotle rather than argue with or simply appropriate him. Edel examines how Aristotle's basic ideas operated in his scientific and humanistic works, what they enabled him to do, what they kept him from doing, and what in turn we can learn from his philosophical experimentation.

The purpose of this volume is twofold: to provide a comprehensive introduction to Aristotle's thought, and to throw fresh light on its patterned and systematic character. First, tracing the pattern in Aristotle's metaphysical and physical writings, he then explores the psychology, epistemology, ethics and politics, rhetoric and poetics. In the process, Edel discusses the way interpretations of Aristotle are built up and how different philosophical outlooks-Catholic, Hegelian, Marxian, linguistic, naturalistic, and pragmatic-have affected the reading of Aristotelian texts and ideas.

The new introduction probes the general problem of interpreting a philosophy, and suggests how working through the different interpretations can contribute to a fuller understanding. This methodological self-consciousness makes Aristotle and His Philosophy markedly different from other studies of Aristotle. Martha C. Nussbaum of Brown University has described Edel as having "philosophical sensitivity and good sense throughout. His scholarship is comprehensive, but handled with grace and clarity."