- History of the Archival Policy of the Government of India, with Selected Documents, 1858-1947 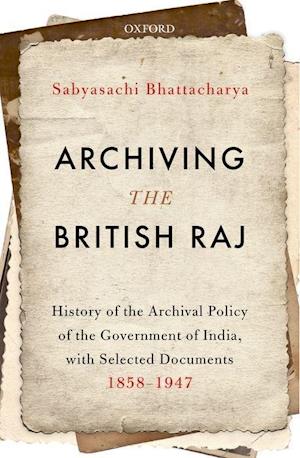 Generally the archives are sites where historians conduct research into our past. Seldom are the archives objects of research. Archiving the Raj traces the path that led to creation of a central archive in India. In examining the archival policy of the colonial government, it proceeds to explore the complex relationship between knowledge and power. While a section of British political authorities favoured accurate archiving of historical events and limited access torecords for selected non-official researchers, the overwhelming opinion in official circles was against such access. In the last two decades of colonial rule in India there were anticipations of freedom in many areas of the public sphere, and, in many ways, these were felt in the domain of archiving,chiefly in the form of reversal of earlier policies. From this perspective, the author discusses how the World Wars, the decline of Britain, among other factors, effected a transition from a Euro-centric and disparaging approach to India towards a more liberal and less ethnocentric approach.