Architecture and Landscape in Medieval Anatolia, 1100-1500 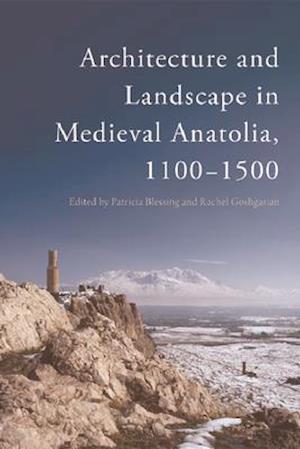 Assesses and analyses medieval Anatolia from the perspectives of architecture, landscape and urban space Anatolia was home to a large number of polities in the medieval period. Given its location at the geographical and chronological juncture between Byzantines and the Ottomans, its story tends to be read through the Seljuk experience. This obscures the multiple experiences and spaces of Anatolia under the Byzantine empire, Turko-Muslim dynasties contemporary to the Seljuks, the Mongol Ilkhanids, and the various beyliks of eastern and western Anatolia. This book looks beyond political structures and towards a reconsideration of the interactions between the rural and the urban; an analysis of the relationships between architecture, culture and power; and an examination of the region's multiple geographies. In order to expand historiographical perspectives it draws on a wide variety of sources (architectural, artistic, documentary and literary), including texts composed in several languages (Arabic, Armenian, Byzantine Greek, Persian and Turkish). Original in its coverage of this period from the perspective of multiple polities, religions and languages, this volume is also the first to truly embrace the cultural complexity that was inherent in the reality of daily life in medieval Anatolia and surrounding regions. Key Features Includes 10 case studies of architecture, urban space and landscape in medieval AnatoliaReflects current trends in scholarship on this complex frontier zone, showing the fluid frontier character of the region to be crucial for its building fabricExplores themes such as the persistence of Christian settlements and communities, the impact of Mongol invasion, the role of Sufi communities, and the definition of landscapes in textsShows how spaces and places were created and understood by people living in Anatolia from the 12th through to the early 16th centuries Contributors Mattia Guidetti, University of ViennaRichard McClary, University of EdinburghFatma Gul OEzturk, Cankaya University, AnkaraIklil Selcuk, OEzyegin University, IstanbulCinzia Tavernari, Aptullah Gul University, KayseriNicolas Trepanier, University of MississippiSuzan Yalman, Koc University, Istanbul